Call for AEB to be Standardised

Since automated emergency braking (AEB) was first introduced, initially to prevent a collision with a slower or stopped vehicle ahead, it has been enhanced in many cases to recognise much more - pedestrians and cyclists, for example.

Ansible Motion's director, Kia Cammaerts, believes that while the technology has a number of convenience benefits, mandating automated emergency braking on all vehicles could eliminate the majority of road accidents. "If it were standard on all new vehicles, we would probably eliminate 80% of all road accidents without any further advances towards fully autonomous vehicles," he said.

Ansible Motion started in 2009, identifying a need for a type of driving simulator that delivered a level of valuable feedback comparable to traditional training programmes, but with enhanced immersiveness.  Since then, it has designed, built and installed 25 simulators for vehicle manufacturers around the world, in which they can test any feature before putting it on the road. 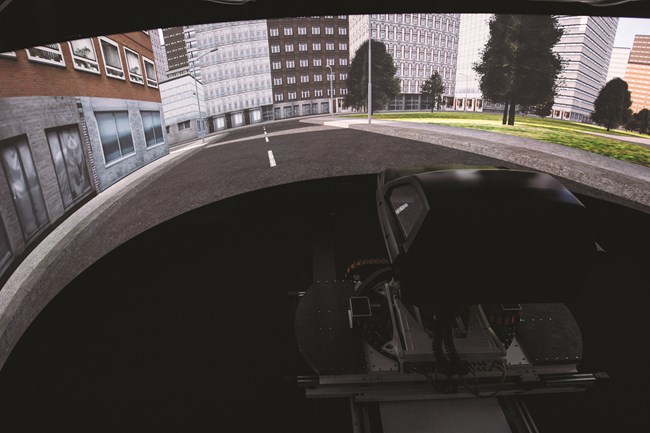 Increasingly, driving simulators have been required to recreate the actions of autonomous features as manufacturers have explored the routes to self-driving vehicles.

Read the full article on the Business Car website.