Simulator manufacturer Ansible Motion has made significant sales with its Delta series S3 simulator revealed earlier this year. Alongside BMW, Honda and Continental, the UK firm announced it had sold its simulator to Deakin University in Australia, underlining the versatility of its driver-in-the-loop simulator. The demand is not just for the products either, as the Hethel-based company has just been acquired by AB Dynamics.

Matthew Beecham spoke to founder and technical director Kia Cammaerts from Ansible Motion to understand the reasons behind its acquisition and plans. 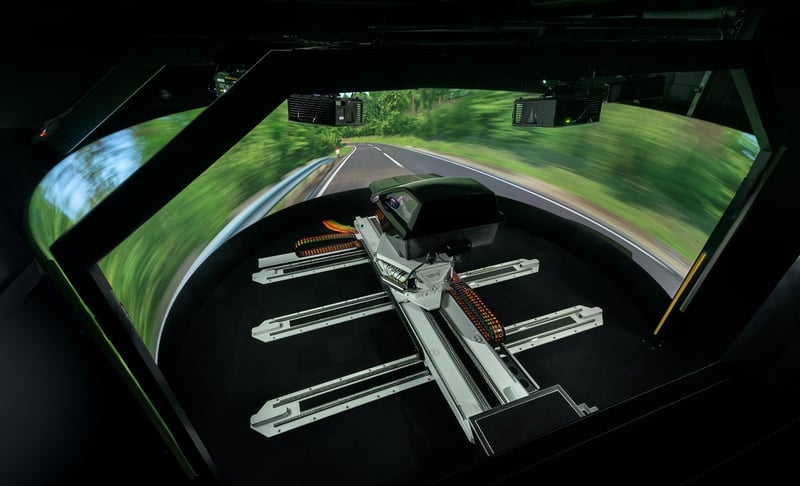 Just Auto: This must be an exciting time but also one of reflection. After 13 years, what are the highlights?

It is hugely exciting and the beginning of a tantalising chapter in our story. Ansible Motion has played a significant role in the widespread acceptance and adoption of simulation tools since it was formed in 2009. When we started, simulation was primarily a tool for motorsport engineers with the first approaches only just starting to come from OEMs. Often it felt as if we were starting from zero; educating engineers, purchasers and product planners about what Driver-in-the-Loop simulation was and how much potential it had. Today, DIL is widely accepted as an effective and efficient vehicle development tool, I can’t think of many OEMs who don’t trust this form of technology. I would like to think we have contributed to this positive step in the industry.

Just Auto: Ansible Motion has grown significantly in the last 18 months. What was behind that expansion?

Two things immediately spring to mind; first, the simulator market is growing rapidly and second, the success of our Delta series S3. Regarding the first element, I have seen market reports that suggest the automotive simulation sector alone was valued at USD 585 million last year with predictions it could reach USD 790 million by 2027. The rise of CASE is one factor fueling the market. Cars are increasingly complex with an almost infinite range of scenarios and interactions to be validated. Add on top new alternative powertrains coming on stream and the car makers are desperate for tools they can trust. They want to see how drivers will use EVs, which operations will improve range and efficiency and what will please or annoy the occupants. Simulators such as ours offer the ability to undertake these tests and more, repeatably, in a lab-like environment. And crucially, there is a cost and time pressure. Simulators respond to that need perfectly, reducing development times. One aspect not always considered is the ability to use simulators to make better products. If your engineers have the option to try more ideas in a virtual world, with the freedom to do so without building costly prototypes or reserving track time, then they can experiment and refine ideas that in the past they might not have risked because it would quickly become too late to make changes.

Read the full article on the Just Auto website.