The March 2016 issue of Automotive Testing Technology International has an article about the reemergence of the Ford GT at the 2016 Detroit Auto Show.  The initial on-track tests took place at Sebring and Daytona. 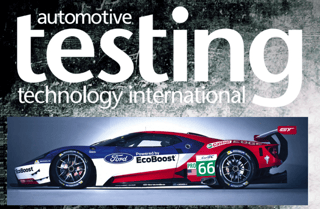 Beginning in 2014, in order to hit the ground running, Ford had an extensive analytical phase, running CFD and vehicle dynamics simulations to ensure the car hit its performance targets before it was even built. The Driver-in-the-Loop (DIL) simulators used by Multimatic in Markham and by Ford Performance in Charlotte, North Carolina, both feature Ansible Motion DIL simulator technology.