General Motors was the first company to ever put a car on the moon, and it promises to do so again by 2025, in partnership with Lockheed Martin. The new rover dubbed the Lunar Mobility Vehicle (LMV) is fully electric and offers seating for two, fully-autonomous drive capability, and a top speed of just about 12 mph. But how do you design and prototype for off-world missions in one-sixth Earth's gravity, on a giant sandbox made of blasted rock and glass with no atmosphere? You turn to the folks that developed the latest Hummer EV, apparently. 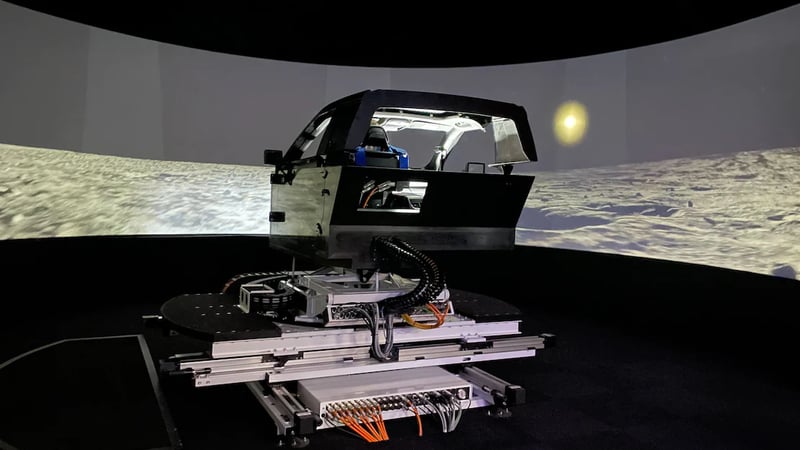 As surprising as it sounds, the 1,000-hp, massive new Hummer EV was the engineering launch point for GM's next lunar vehicle. Why? Well the Hummer EV's development was accomplished from design to production in record time for GM, and with tight deadlines for the lunar vehicle, the automaker wants to replicate that optimization for its LMV again. But there are also a number of engineering concepts that will carry over from Hummer, as well.

The Hummer EV went from a blank sheet to production launch in just two years, from 2019 to 2021, and managed to introduce 17 new features to relaunch the Hummer brand as a design leader within the company, while also utilizing off-the-shelf parts from within where they fit. This was all thanks to new virtual tools utilized in the design process, where the new EV was completely engineered in a virtual environment before the first prototypes ever rolled off a production line. 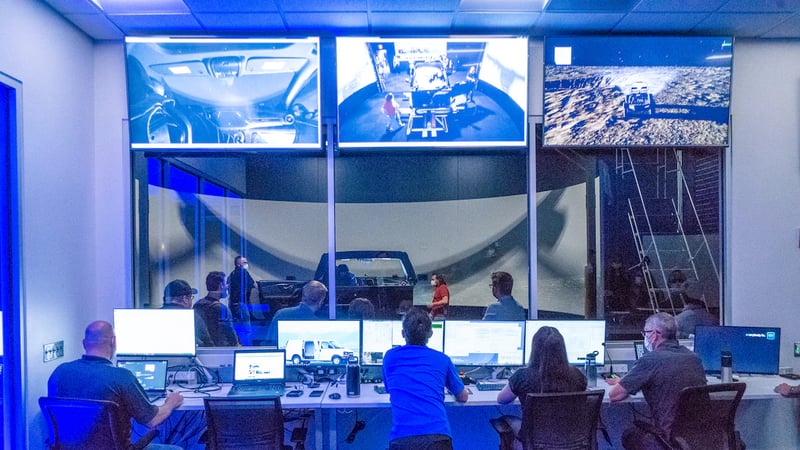 The high-tech simulator used for Hummer and now lunar vehicle development started life as a piece of equipment from a U.K. company called Ansible Motion, which specializes in motion rigs and simulation machines known as Driver in the Loop (DIL) systems ... GM pointed out there's an immeasurable value added in fuel, tire and equipment savings for their vehicle development programs that utilize the virtual tech. Now having the ability to simulate a realistic lunar environment, where vehicle properties can be tweaked and tested in real time here on Earth, avoids potentially costly flaws before it becomes a problem in the real world, or, um, on other worlds.