Among the numerous possibilities a fully autonomous vehicle will promise, maybe the most attractive selling point for the general public is the ability to turn on, tune in, and drop out.  However, the exciting prospect of reading, working or watching TV as the car transports occupants without the requirement of human control comes with one caveat: the issue of motion sickness. 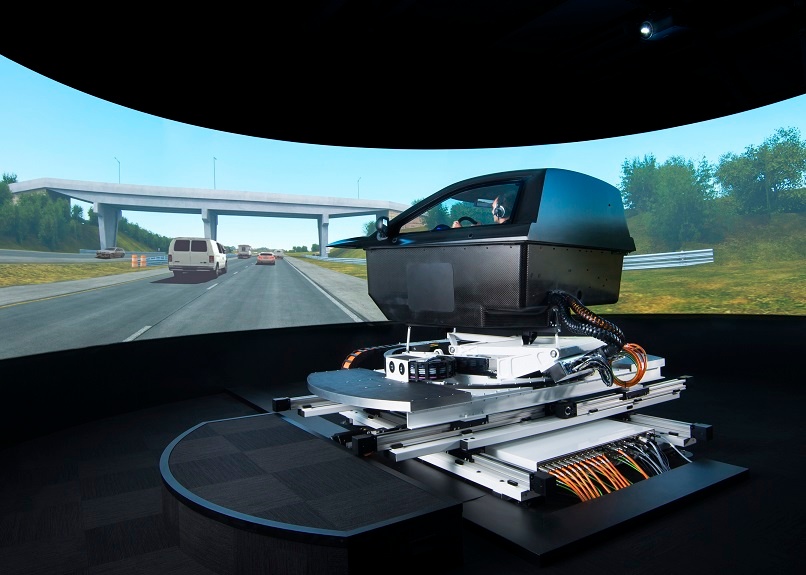 [regarding motion sickness...] "It is a big concern for most auto makers and Tier 1 suppliers entering the autonomous space," explains Phil Morse, Technical Liaison at Ansible Motion, a UK-based company that creates Driver-in-the-Loop (DIL) simulators for the automotive market. "We've already heard many of these companies refer to the subject as the elephant in the room, because early research has found that if the goal of autonomy is to allow drivers to enjoy a mobile office experience or engage in visual tasks and entertainment, there there is a statistically high occurrence rate for nausea," he adds.

Motion sickness in a vehicle environment is typically caused by a number of factors, but most commonly it is a sensory conflict with the brain's inability to process input signals from the inner ear when the eyes aren't watching the direct on movement and are instead busy digesting something else, such as a novel or scanning an email inbox.