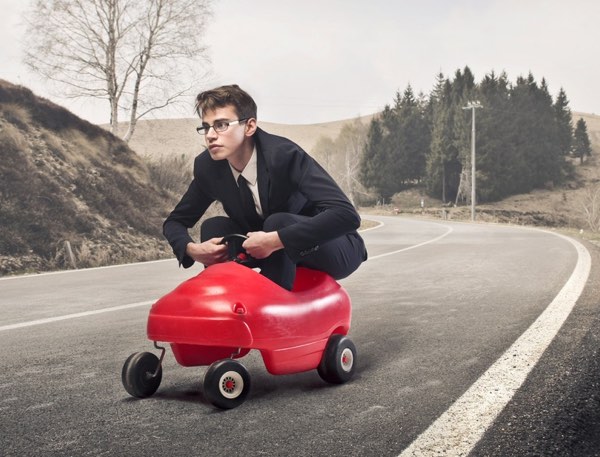 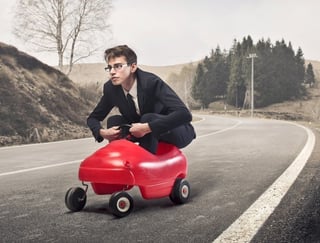 Over the last several years we’ve compiled something akin to a list of Frequently Asked Questions (FAQs) related to driving simulator technology.  And I’ve long thought that it would be interesting to share these FAQs, maybe one or two at a time, in a series of articles.

But as I began to compile the notes for these articles, an interesting pattern emerged:  I realized that many of the questions in our FAQ list are, well…rather oblique.  I started to wonder if the questions themselves might be tethered to certain preconceived notions about driving simulators.  What to do?

Since I had already invested a bit of time in the write-ups, I thought it best to carry on and launch this ‘series of articles’ concept, but with a slight twist.  You are now reading the first installment in the series.  Instead of pedantically punching through the FAQ list, I’m going to (attempt to) describe some of the fundamental myths about driving simulators.

It seems that many early-stage assessments of Driver-in-the-Loop (DIL) simulators focus almost exclusively on motion capabilities – to the point where scrutiny of “motion” forms the core for simulator-to-simulator comparisons.  Resulting FAQs are questions such as, “What are the benefits of motion-based driving simulators versus stationary simulators?,” and, “What is the longitudinal frequency response of the motion platform?,” and “Why is this (or that) simulator so small (or so big)?”

Does this emphasis occur because motion machinery is such a visually dominant part of a driving simulator installation?  Is it because automotive engineers naturally gravitate towards motion systems because they are more “relatable” that the other simulator systems?  It’s hard to say.

Whatever the reason, a fair statement is this:  While it is certainly important, motion capabilities do not singularly define the quality of a driving simulator.  DIL immersion is a multi-sensory endeavour, an orchestra, and motion is just one of the players.  An analogy: One might enjoy a piece of music and assert that it is dominated by, and built around, percussion instruments – drums and cymbals and such.  But would the piece be as compelling, as enjoyable without strings?  Without brass?  Without woodwinds?

In driving simulator parlance, we speak of sensory stimulation for the driver/occupant – sight, hearing, touch, taste, and smell.  (Yes, we have bumped into projects that actually require “the scent of leather.”  Don’t brush it aside so quickly!)  And, of course, motion is but one sub-category of one type of sensory stimulation that addresses just one of the five senses.  If we stand back look at driving simulators from a big picture perspective, across the entire spectrum of use cases and functional requirements, is motion cueing any more or less important than vision cueing or auditory cueing or any other type of sensory cueing?  Probably not.

One key to dispelling the motion myth is to recognize that the purpose of a driving simulator’s motion machinery is not to move a car around or to replicate the motions of a real car (as touched upon briefly in the previous article titled, Driving Simulator Cueing Fundamentals).  The purpose of the motion machinery is to move a human being around, to convince them via inertial stimulation that they are piloting and/or occupying a real car.  This is an entirely different task.

Confession:  Each time we write or say our own company name, Ansible Motion is probably just as guilty as anyone in perpetuating the old motion myth, in placing some sort of subliminal emphasis on the motion aspects of driving simulators.  But hopefully our product portfolio implicitly conveys the fact that we specialize in turn-key DIL simulator deployments (which, by default, must convey the appropriate level of overall sensory stimulation), rather than narrowly focusing on the big moving bits.

That said, I will defend our adherence to the conceptual imoportance of motion by respectfully suggesting the following:  A motion specialist is, in fact, exactly the correct entity with whom to engage if you are interested in a cohesive, fully integrated, turn-key DIL simulator.  However, the reason for this may not be obvious, since only a subset of motion system design detail is directly embedded in the motion machinery.

Motion specialists just happen to work in a domain that forces them to learn how to effectively and efficiently push electrons around – and electron pushing just happens to be the biggest potential bottleneck when it comes to real time simulation.  This is the key knowledge that can spill over to inform the function and performance of all the other DIL sub-systems when everything is glued together.  Get it right, and all is well.  Get it wrong, and it’s immediately obvious (sometimes nauseatingly so).  Many a driving simulator has failed to deliver a convincing human immersion experience when the various sub-systems are not properly synchronized.

To continue with the above music analogy:  One might easily identify the piano as a cornerstone musical instrument.  But some songs require more than just a piano – some require an orchestra, which is, of course, more than just an assemblage of some other good instruments on top of the piano.  Orchestras need conductors to tie everything together.  If your conductor is a trained pianist, you may have a greater chance than most of making excellent music.  But this is not because the conductor is laser focused on the piano as a single instrument – it is because intimate knowledge of the piano just happens to lend itself quite well to the orchestration of complex compositions.

In the world of driving simulators, Ansible Motion's solutions are a breed apart.  To learn more about our unique approaches and technologies, download our FREE white paper, “10 Advantages of Ansible Motion DIL Simulators”.