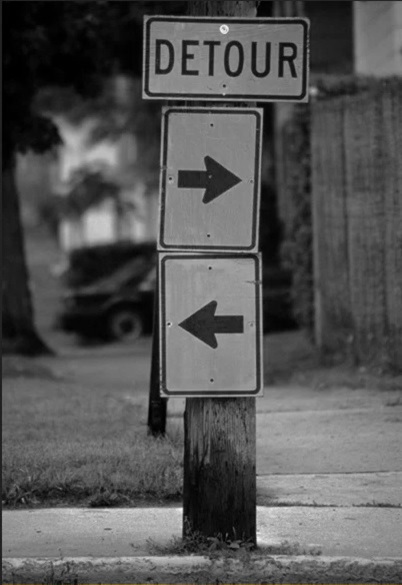 We live in interesting times, to be sure.  Pick an industry, group or movement, take a hard look, and you’ll see some interesting, consistent patterns.  Not to oversimplify, but in many cases it is a matter of culture and technology bumping into each other awkwardly, hoping they can learn to become better dance partners.

If you’re connected to the automotive industry via work or interest, you might be exhilerated or alarmed – or anything in between – by current trends.  The destination is decidedly unknown.  For better or for worse, here are three emerging trends that are bound to make for an interesting journey:

Sought by many, the magical, alchemical Philosopher’s Stone has finally been found.  As it turns out, Isaac Newton’s recipe was close, but just a little southwest of center. On the periodic table of elements, two to the right and three up from mercury (Newton’s choice for the lapis philosophorum), you’ll find the tetravalent metalloid called silicon. Industry insiders have discovered that silicon can, practically speaking, be converted directly into gold.  The emerging idea in the automotive industry is this:  Significantly increase revenues by monetizing silicon rather than steel.  The trick will be to reorient income streams towards on-demand mobility and data services in the coming years.  Car buyers should take note: Fender vents are “out” and software subscriptions are “in.”

For the entire last century, the automobile was a mobility extender, first as a way to travel about more efficiently than one could hope to do upon feet or hooves, later as a cross-country freedom machine.  As with all mainstream technologies, culture eventually caught up, got wise to the concept, and then grew weary.  Nowadays we do not see inter-city travel, multi-lane highways, and the high velocity blurring of pine trees as modern miracles – we simply take them for granted.  So if mobility extension or “the freedom of the open road” is no longer a culturally compelling selling point for a new automobile, what do car makers hope to sell to new (ahem…young) customers?  Does the very survival of cars – and the automotive industry – hinge on the integration of cars with the connected collective, the Internet of Things (IoT)?  Some say yes.

The promise of motoring safety is currently delivered by layers of regulation and technology.  The regulation bit punishes drivers who exhibit unsafe behaviors; the technology bit consists of mechanical-passive (structural) systems, Advanced Driver Assistance Systems (ADAS) and autonomous / driverless technologies. But although safety might rank high on published lists that promote autonomous vehicles, it may be that the first significant deployments of fully autonomous vehicles into the wild will occur in what is already the safest vehicle sector – large commercial vehicles.  On U.S. roadways, in head-on and rear-end collisions between passenger cars and large commercial trucks, the passenger car is at fault more than 75% of the time.  The incentive for studies such as the European Truck Platooning Challenge, and other pushes to automate commercial vehicles is not based on safety, but on reducing fleet costs, primarily in the areas of transport logistics and fuel consumption.  Recent tests have shown that convoy driving using truck platoons can reduce fuel consumption by up to 12%.  This means each truck could save enough fuel per year to power a typical passenger car around 35,000 miles.  So in the not too distant future, former truck drivers may be driving themselves to their new jobs amongst automated platoons of large vehicles.  It is probably best if the Teamsters do not hear about all this.

As we endeavor to provide vehicle manufacturers with simulation tools to help them connect drivers and vehicle systems, we can’t help but have a keen interest in automotive industry trends. Although we are often immersed in driving simulator related details – focusing intently on the locomotor flow line, one might say, trying to judge speeds and trajectories – it’s always enjoyable to step back and have a guess at where some of the big puzzle pieces might fit.

DIL simulation is only one aspect of the changing automotive landscape.  But if you would like to learn more about how this technology is influencing modern vehicle developments, download our FREE white paper, “Look Down the Road: Driving Simulator Technology & How Automotive Manufacturers will Benefit”.