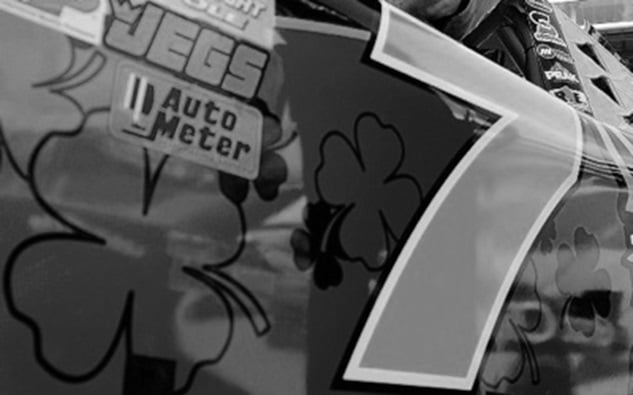 Like any athletes, race car drivers have become known for their superstitions and pre-race rituals. Stirling Moss favored lucky #7 on his cars, Michael Schumacher odd numbers in general. Dale Earnhardt diligently avoided $50 bills and peanut shells, as do many NASCAR drivers now. Juan Pablo Montoya gets into his cars from the same side every time. Perhaps most infamously, Alberto Ascari died during an impromptu test of a Ferrari at Monza in 1955…having left his lucky blue helmet at home that particular day.

These days, drivers can bring quite a bit of technology to bear upon their views about what works and what does not. For example, seat time in a race car driving simulator can provide a rather more quantifiable benefit to a driver’s performance. It’s scientific, after all.  In a driving simulator, everything can be meticulously measured, studied, and repeated – perhaps even more so than in a real car.  Many drivers derive benefit from driving simulator sessions in advance of a race.  But do professional drivers consider it to be a lucky charm?

Andretti Autosport driver Stoneman has won twice as a rookie in Indy Lights and recently outpaced his team-mates in his first IndyCar test. Meanwhile Sims won the prestigious 24 Hours of Spa, part of the Blancpain GT Series Endurance Cup, in a BMW M6 GT3.

Another young British prospect recently featured in Professional Motorsports World magazine, Callum Ilott, has won twice this year in the FIA F3 European Championship and shared a pre-Spa Ansible simulator session with Sims to help prepare for the Blancpain-supporting F3 races in July. As he climbed out of our Delta series DIL simulator after a day of testing, and before he sat down for a final review of his session data, we asked him about his subjective impressions…

…about his overall experience:

“My first experience of the Ansible Motion engineering-class simulator was very different to how I expected it to be,” Ilott explained. “I felt very comfortable in the car and had no [motion] sickness.”

…about his perception of realism:

“The movement was barely noticeable and it felt very natural,” he continued. “I’ve found in some of the hexapod simulators that you either pre-empt the movement, or the movement is slightly different to what you're expecting or used to in the car. The more natural motion of this simulator enabled me to focus more on the driving because you're not focusing on what the simulator is doing. A good example is when you're hard on the brakes. I could feel what the rest of the car was doing, whereas on the other simulators I couldn’t get that sensation.

…about the practical aspects of using a DIL simulator:

“In a short space of time, I was able to specify changes that could be dialed into the settings to suit my style and category of car."  Ilott added, "Adjusting torque on the wheel or brake pedal feel was easy and being able to change things in real time improved communication with the engineers about what the car felt like.”

We were delighted to have these gentlemen visit our facility and experience the Ansible Motion advantage. What is remarkable about each of these drivers is their technological prowess, their innate ability to communicate nuances and participate directly in the engineering of their vehicles. We look forward to watching them succeed on track this year and in years to come.

For the record, Ilott is racing the #6 Dallara-Mercedes this year, Stoneman the #27 Dallara-Mazda and Sims the #99 BMW. We are not disclosing from which side they prefer to get into their cars.

If you are interested in reading more about motorsports driving simulators, you can download our free white paper, Boosting Race Track Performance with Simulation.