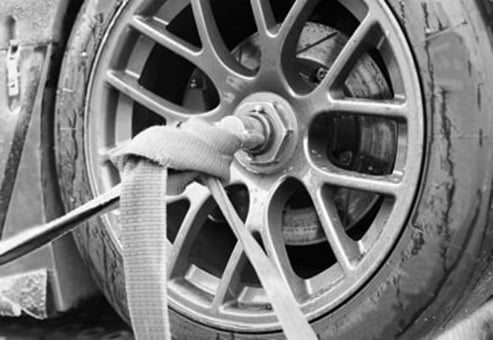 Regulations and restrictions play an increasingly important role in the look and feel of modern racing.  Motorsport series such as NASCAR, Formula 1 and IndyCar seek to simultaneously engage their audiences and maximize racing-related revenues, so a balance must be struck between unbridled speed and careful control.

Motorsport sanctioning bodies and promoters have always sought to boost awareness and interest, particularly for media audiences.  In addition, there are social and political forces to consider. Examples: In order to prevent gladiatorial accusations, safety layers must be firmly in place; in order to sidestep charges of reckless consumption, green thinking must be embraced (hybrid engines, etc.).  But the undercurrent, as always, is biased towards boosting on-track action for the audience, enhancing the watchers’ experience.

In keeping with the tried and true driver-as-hero model, regulators continually attempt to invigorate their respective series with rules that encourage tighter car packs, easier overtaking, more frequent lead-position changes, and larger grids of viscerally exciting cars. In this age of big-ticket team funding (fueled to a large extent by the promise of massive media exposure), a part of achieving these aims is the implementation of cost-control measures. Twisting the cost control dials just-so might ensure that teams with less funding can remain competitive against the big spenders, who, left to their own devices, would presumably purchase the means to force-feed dust to their competitors.  It is thought that regulating close competition can be accomplished indirectly as well, via the rulebook – by mandating the technical details of the cars themselves (engines, aerodynamics, etc.) and/or the tracks on which they compete. (Thought experiment: Could a series with fewer rules make for better racing?  Let’s leave that idea for another time!)

One of the most popular mechanisms for “leveling the playing field” is to limit out-of-competition testing time. Test sessions are decidedly expensive, especially for a team on a tight budget, as they can incur many of the same expenses as a “live” race weekend.  In addition, the absence of mainstream media coverage during test sessions means that all this spending happens in a something of a revenue vacuum.  Unfortunately, limitations on testing time make it more difficult for teams to prepare properly.

Unprepared teams can more “entertaining” on race day, for sure – they might make mistakes during pit stops, or the car might appear nervous on the track, for example. But this is anathema to the real racers, who aren’t interested in spending time entertaining a television audience, or in engaging in close battles that might result in expensive vehicle damage.  Real racers are decidedly in the business of focusing on the job at hand, eliminating mistakes, creating dust for their competitors to eat – and in winning races.

As Formula 1 has demonstrated since the first test restrictions were imposed in 2008, if the rulebook denies on-track testing time, the next best thing is to test in a virtual environment using a properly configured Driver-in-the-Loop (DIL) simulator. The latest engineering-class DIL simulators not only immerse professional drivers in realistic environments for “virtual hot laps,” but also enable team engineers to precisely evaluate vehicle tuning and setups. This DIL simulation technology provides team technical staff with invaluable data regarding aerodynamics, suspension, tires, on-board electronic systems, braking, and steering, with real-time subjective feedback from the driver to complement the objective numbers. Teams can arrive for a race weekend with their cars already tuned for the actual track conditions that they’ll be facing, without the expenditure of on-track testing (travel, transport, personnel, tire and fuel consumption, etc.).

Virtual testing via engineering-class DIL simulation provides benefits for all parties involved. Race organizations can better control costs by encouraging virtual (green) rather than traditional (un-green) track testing, and discover new ways to boost audience engagement by leveraging DIL technology’s inherent connectivity possibilities. Inside their safe, repeatable and exceedingly efficient simulator labs race teams get the additional driver + engineer + vehicle testing time they need to be fiercely competitive, whilst complying with regulations and restrictions. And automotive sponsors can see double-sided gains when race teams can effectively push the limits of simulation technology into areas that carry over into road car testing and development applications.

Do you have a unique motorsports simulation challenge that you would like to discuss? Schedule a discussion with one of Ansible Motion’s experts.