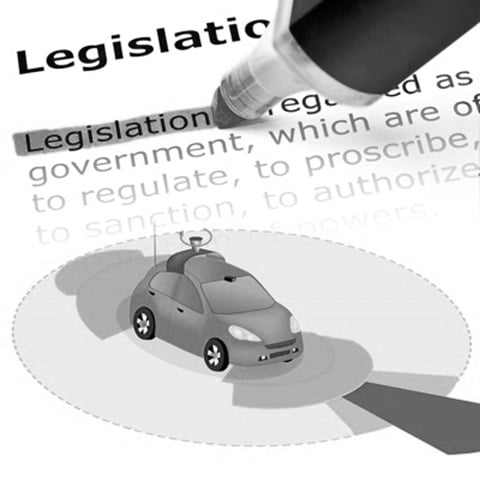 Recent accident data leaves little doubt that safety will be one of the justifications for developing autonomous vehicle technologies in the coming years. In 2015, 2,348 more people – for a total of 35,092 – died in US traffic crashes, a 7.2% increase from the previous year that ends a five-decade trend of declining fatalities. Simultaneously, the White House and US Department of Transportation issued a call to action to scientists and public health experts to do more to prevent road traffic deaths.

With some studies estimating that autonomous vehicle technologies could reduce the number of accidents by as much as 90%, this rapidly emerging field is sure to remain a leading destination for research dollars.

The potential for this particular area of automotive development is underlined by a comparatively light-touch approach to regulation thus far. For example, US authorities have sought to leave the way clear for new innovations to be proven at an early stage - not just in driving simulators or on the proving ground, but on public roads. NHTSA was expected to release its first guidelines on autonomous vehicle development and testing in July this year, but at the time of writing the Federal Automated Vehicles Policy has only just appeared (2 days ago).

Uniquely in the field US vehicle safety regulation, the void has been filled by individual states keen to encourage the development of cutting-edge technology on home ground. Michigan, Pennsylvania, Nevada and Florida are among individual states that have either created their own legislative frameworks for the testing of autonomous vehicles, or simply clarified that the practice is permissible under their existing legislation.

California too, has had to respond to the numerous companies working on these technologies within its borders. In September 2014, the state’s Department of Motor Vehicles (DMV) passed legislation governing the testing of self-driving cars, and late last year, with fleet testing on the horizon, it released draft legislation for their public deployment. Key measures include the stipulations that manual controls must be fitted, and that a licensed driver is required to be inside the vehicle at all times.

With serious crashes involving semi-autonomous technologies attracting widespread media attention and lawyers watching every move, OEMs are using every tool at their disposal to ensure that their vehicles remain safe as they evolve towards full autonomy.  Early engagement with young drivers in traditional, non-autonomous vehicles is just one initiative, encouraged by insurance companies and OEMs alike, that can instill the correct awareness / alertness habits that must be carried forward into the inevitable intersection of people and semi-autonomous vehicle deployments.

On the vehicle and infrastructure R&D side, the use of driving simulators enables vehicle manufacturers and roadway authorities to safely ‘road test’ their technologies at an early stage, gather important feedback around driver/occupant responses to those technologies (particularly the crucial handover of control between AI and human drivers) by conducting experiments in virtual environments with realistic operating conditions that current sensor technology may find problematic – all away from the scrutiny and hazards of public road testing. The use of driving simulators can also provide a valuable look-ahead at emerging legislative trends - all in advance of physical systems having to bear the full weight of regulatory approval.

Officials have admitted that it has been a challenge to formulate standards for vehicle equipment safety. And where manufacturers have to submit their vehicles to a third-party for certification testing prior to deployment – as will be the case in California – the criteria against which they are judged must also be determined. That’s not straightforward when, in this instance, the U.S. federal standards to which vehicle manufacturers normally self-certify are brand new, which is why NHTSA’s announcement has been so eagerly awaited, by car and technology companies, and legislators alike.

To learn more about how engineering class Driver-in-the-Loop (DIL) simulators are emerging as a primary vehicle development tool for the cars of tomorrow, download our FREE white paper, “ Look Down the Road: Driving Simulator Technology & How Automotive Manufacturers will Benefit."